Introduction to The Principles of Tafsir By Ibn Taymiyyah

Having wealth and power is not necessarily a sign that Allah loves you, but being successful in memorizing Quran and applying it in your life surely is.

Reading the Glorious Qur'an will be of little benefit to you, unless you, from the first moment, begin to change and reconstruct your life in total surrender to Allah who has given you the Qur'an. Without the will and striving to act, neither the states of heart ... 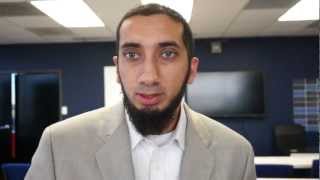 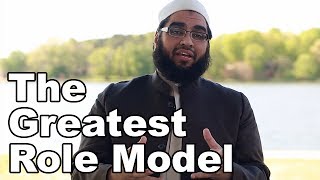 Story of the Devil Iblis and the Jinn | Paranormal activity

Is the Quran Gods Word

This episode deals with the miraculous legislation of the Quran, the Quran came down with an amazing legislation that could save the world at that time. The Quran Must be read with Full understanding because it is the word of Allah.

How to Read and Understand the Quran

In this great lecture Dr Zakir Naif talks on how to read and understand the Quran, Quran is the last and final testament by Allah (SWT) sent on to our Prophet Muhammad Peace Be Upon Him for guidance for whole mankind. We should read the Quran with full understanding so that we could practice according to it..

First night in the graveyard

Sooner or later you will die

Signs of a Hypocrite

A believer doesn't settle for a second place. A believer is not satisfied with mediocrity. A believer is never content with just enough. Don't limit yourself. Sulaiman (as), a prophet, a king, son of a king and son of a prophet, didn't stop there, instead he asked Allah for a unique kingdom that no one else will have after him. Musa (as), one of the greatest 5 messengers of Allah, brother of a Prophet, and one who spoke to Allah directly, didn't stop there, instead he aimed higher and asked to see Allah with his eyes. Our beloved Prophet Muhammad (saws), and we all know the status of our Prohpet (saws), requested his Ummah to ask Allah to grant him a place in Paradise that is only reserved for one person, at the peak of Paradise. Umar ibn AbdulAziz (r) one of the greatest and successful leaders in history, said on his death bed: "I have a soul that always aims high." Abu Bakr (r) upon hearing about the gates of Paradise, asked the Prophet (saws) if it's possible for a person to be invited to enter from all gates of Paradise. Showing us the high determination and mentality of the companions of the Prophet (saws). Jumuah Khutbah delivered on the 30th of July 2010 by shaykh Said Rageah at Green Lane Masjid, Birmingham UK.