Shaykh Abu Adnan is informing us of the current crisis within the Muslim lands. He is focusing on points such as history repeat itself and briefly ...

“And if an evil whisper comes to you from Shaytaan (Satan), then seek refuge with Allaah” [al-A’raaf 7:200] “The Messenger of Allaah (sallallahu alayhi wassallam) said: ‘The Shaytaan comes to some of you and says, “Who created such and such? Who created such and such?” – until he says, “Who created your Lord?” If that happens, then let him seek refuge with Allaah and stop thinking about that.’ ” [Al-Bukhaari (3276) and Muslim (134)] The Prophet (sallallahu alayhi wassallam) said: “The Shaytaan said to the Lord of Glory: ‘By Your Glory O Lord, I will keep trying to misguide Your slaves so long as their souls are in their bodies.’ The Lord said, ‘By My Glory and Majesty, I will continue to forgive them so long as they ask My forgiveness.’” [Ahmad in al-Musnad]

The Ruling on Makeup and Cosmetics

Cosmetic surgeries become widely common amongst Muslim women, many indulge in it without knowing the rules of the Sharee’ah regarding such surgeries. In this lectures Sh Abu Adnan outlines the Islamic ruling regarding make up, temporary tattoos, Botox and other cosmetic surgeries based on the foundations of the Sharee’ah and the Islamic Fiqh, then implementing the rulings on each category.

OUR OBLIGATION TOWARDS OUR PRISONERS

Today many of our brothers and sisters around the world are held behind bars unjustly while we enjoy our daily lives forgetting our duties towards them. This heartfelt lecture, draws light upon our obligations as Muslims towards our prisoners… The Prophet (sallallahu alayhi wa sallam) said “Secure the release of the captive!” [Al-Bukhari]

Sheikh Abu Adnan is currently the Amir of the Global Islamic Youth Centre in Sydney, Australia. He is heavily involved in presenting informative lectures on a regular basis to a variety of audiences, delivering Juma’ah Khutbah, assisting and training potential Islamic speakers as well as ... 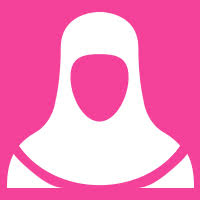 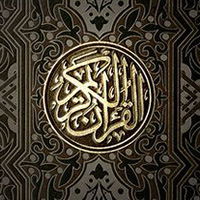